In part two we examine the Pittsburgh Pirates pitching core as they head into the 2020 season. After a season to forget in 2019, a new pitching coach will be at the helm to hopefully right the ship in 2020.

So what does this mean for the future? Well, obviously the Pirates had to fill the manager role before shopping for a pitching coach (welcome Derek Shelton); however, this doesn’t mean the new Front Office has to wait to work on the PIrates’ pitching issues.

As the new FO is ushered in, I will go ahead and highlight the problems and strengths of the Pirates’ pitching staff. Like part one of this series, the rebuild frame will be focused between now and 2025.

At the end of 2019 things look entirely different. Archer produced his worst season to date before having his $8 million option picked up. Taillon missed the majority of the season with injury before electing for another Tommy John surgery that will sideline him for the entire 2020 season.

Trevor Williams, who I wrote about last off-season (and again this summer), vindicated sabermetrics and then some by posting a 5.38 ERA (worse than Jordan Lyles!). Steven Brault proved that even at his best he has no role on a competitive team unless as a 2-way player. The only hope has fallen on the shoulders of Joe Musgrove who, despite a 4.44 ERA, produced a 3 fWAR season with a 3.82 FIP.

With Taillon gone, the Pirates don’t have a solidified ace on the team. The rotation itself still has potential to be good, considering both WIlliams and Archer have a history of solid production. Yet, is that enough reason to invest in this team?

The free agent market has largely become unpredictable, but unless the Pirates decide to spend more money all they can do is fill a short-term gap. Guys like Jon Gray or Zach Wheeler can provide that type of solution, but are they worth pursuing?

If the Pirates have to take a chance it should include Mitch Keller. Keller is a stud. His highly inflated ERA shouldn’t take away from the fact that he posted a 1.3 fWAR (second only to Musgrove) and a 3.13 FIP. His 3.47 xFIP is a strong indicator that Keller didn’t deserve such a high ERA.

Keller is the new Gerrit Cole, Jameson Taillon, or whatever you want to call him. His key peripherals that made him a stud in the minors have largely translated to the big leagues, from his 28% strikeout rate to his 7% walk rate (which is actually lower than his minor league walk rate). His .314 xwOBA was below the league average. Giving Keller a shot is a priority.

Musgrove deserves to stay in the rotation as well. He has a chance to really blossom in Pittsburgh and depending on the outcome of this season he deserves looked at for a possible extension. Since we’re only looking as far as 2025, and Big Joe hasn’t entered arbitration years yet, an extension shouldn’t be at the top of the to-do list; however, keeping Musgrove in future plans is a must.

With Musgrove and Keller providing an optimistic future outlook, the Pirates only need to fill in 3 gaps in their rotation to have a solidified rotation over the next few seasons. James Marvel is the closest candidates in the system, after the DFA’s of Dario Agarzal and Luis Escobar, forcing the Pirates to bring back Archer despite that $8 million price tag.

That leaves the rotation at Musgrove, Keller, Williams, Archer, and a mystery 5th starter. Internally there will be a battle, specifically between Brault, Marvel, and the returning Chad Kuhl. Each choice is surrounded by question marks, and we’re not even sure yet when Kuhl will return, but there isn’t many options for the Pirates without Taillon.

This brings me back to the question of free agency. What sort of pitcher would the Pirates have to look for, given their situation? Probably a cheap 30-year old reclamation project, someone similar to Lyles like Tanner Roark.

Either way, it would only be a short-term solution. The Pirates showed last year that a lack of depth can kill a team, and I don’t expect their depth to get much better this season. Until the prospects in the lower levels of their system grow and develop, the Pirates will be dealing with this problem.

Depending on how quickly Taillon returns, the Pirates could turn around in 2021 with a solid pitching staff and quite a bit of depth, depending on how their pitching prospects develop over the course of this season. Until then, the Pirates should view this year as a stop-gap.

It’s very possible that the current Pirates starting rotation could put together a solid season as each guy brings a quality arsenal and a good deal of potential to the table. Maybe a new pitching coach is all they need? This year will certainly provide a lot of answers.

Anyways, look forward to a battle for the 5th spot in the rotation. With any luck, the new FO and manager will keep Keller on the MLB roster.

If you’re looking for a summary of the Pirates’ bullpen’s disastrous 2019 season, you might want to look somewhere else. All I’ll say to describe it is that it was a nightmare, in every sense of the word. From injuries to altercations, it doesn’t get any worse than this past season.

I’ll try to remain positive, so we’ll only look to the future of the bullpen. Obviously, Keone Kela is the main candidate to close this season. After another solid season by the young reliever, considering a trade is a likely possibility. 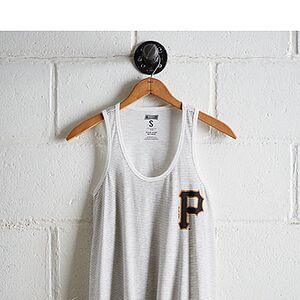 Trading Kela could provide the Pirates a return that can help shape the bullpen of the future, something the previous front office was good at. There hasn’t been much success coming from the upper levels of the minor leagues, so trying to replenish the system should be a top priority.

Michael Feliz can assume the position of closer in the time being. He will join Richard Rodriquez, Chris Stratton, and Kyle Crick (whenever he returns from his injury) in assuming the back-end of the pen. Who else gets a job in this pen is a mystery as the team is without much quality depth and has been parting ways with most of the members of the 2019 bullpen. My best guess is that the Pirates will fill the roles with guys like Brault and Kuhl, and possibly some roster-invitees come Spring.

Another obvious piece of the puzzle is the returning Edgar Santana, who missed the entirety of the 2019 campaign. If he can return to his dominant role in the pen in 2018, where he posted a 3.58 FIP and 3.26 ERA, this Pirates bullpen shouldn’t be as bad under new direction. However, its depth still leaves a lot to be desired.

If it wasn’t obvious in part one of this series, it should be obvious after dissecting the Pirates pitching staff that this isn’t a team near a competitive level. While former GM Neal Huntington and company put together a team that could have the potential to compete, that team never realized its full potential, and its time to move on.

For new GM Ben Cherington, his goal should be to immediately upgrade the minor league systems via trade, whether this off-season or at the trade-deadline, and give the Major League team to the youth movement. Pitching depth is his number one priority, preparing the team for the arrival of several pitching talents in the lower Minor Leagues.

Guys like Cody Bolton and Quinn Priester are still a few short years away from making appearances in the Major League, so the short-term rotation should stay as is. If the new coaching staff is return Archer to his dominant self or take Musgrove to the next level, the rotation still has a chance to be good. But with no pitching depth, there’s not much else they can do.

The bullpen will have to ride on some young arms and small free agent additions to return anywhere close to the level of late 2018. Trading Kela is a likely possibility, leaving the closer role up for grabs internally. However you look at it, 2020 should be a critical year for some of the members of the pen.

Next: Why the Pittsburgh Pirates Should Rebuild - Part One

With Huntington and the team’s pitching philosophy out the door there is hope that the team’s pitching staff could perform better under new conditions. However, there isn’t much faith to put in that idea. With a new front office and depleted pitching depth, especially after a series of roster moves this past week, the team is destined for a rebuild and should fully commit.